Hello and welcome to the artographico website. www.artographico.com is run by myself David O’Toole. I’m originally from Ireland and I’ve been into websites and related media since around 2001. 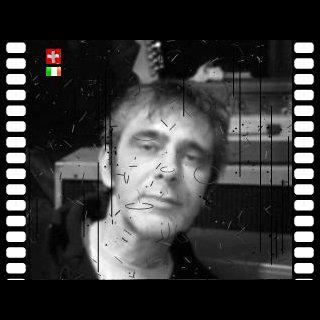 In my website building and online adventures, I’ve used many different media formats (PNG, JPG, GIF, EPS, SVG etc), and had to learn the differences between Raster and Vector formats for my work, and how and when you should use each.

This has included website design, Logos, Banners, Product Covers, Facebook Covers and Profiles, Cinemagraphs, to the wonderful world of T-Shirts. Its crucial to know and understand the differences between these formats when you’re working in these fields, especially in the T-Shirt arena.

I’ve also been fascinated by History and Art since I was young. I’ve even been ‘accused’ by friends of being ‘obsessed’ with the past lol. Well that may be true to a degree, but I’m also a huge fan of modern technology too. You can’t build a website that runs on steam ha-ha.

So I was looking for a way to combine my love of history and art, and display it with a modern aspect to it.

Eventually, one style of image really caught my attention, and that was ‘Infographics’. I love what you can portray with them, they can cover any topic. They basically convert data (which can often be very dry to read), into exciting visual representations.

Instead of hacking your way through a virtual ‘Data Forest’, an Infographic gives you a quick visual look at the info. They’re an Artform in themselves.

While working on infographics, I got an idea which intrigued me. Basically, I wanted to concentrate more on the ‘arty’ end of infographics as opposed to stat based info. I wanted to create an infographic which was more art based than stats, but which also included relevant information at a glance. An easy to see and read type of graphic.  And I also had a new angle which I wanted to add, but that’s still a ‘work in progress’, more on that coming up.

I wasn’t interested in ‘Clickbait’ type of material (I hate that type of sh*t), but rather a way to display some fascinating info that I had in my possession.

My subject area of interest was mostly historical related artwork, which also included some equally interesting information about the topic. So while not an infographic in the strictest of terms, I could visualize how I wanted these to work. It turned into a bit of a dilemma for me. I wanted to create ‘infographics’ which weren’t quite simply ‘infographics’ in the normal sense of the word.

The Solution Springs Into Mind

I came up with a solution after much hair pulling and brainstorming. The answer came to me in the form of an ‘artographic’. A type of hybrid between a standard infographic and an artform.

And so artographico.com was born.

Because I have been involved with website building and graphics for a few years, I had a mountain of resources to pull from, and I knew that this information could be portrayed visually but not in a strictly ‘infographic way’.

For ages I had been looking for a way to display this vast storehouse of info that I had found, but I was looking for the best way to do it. Let’s just say that it didn’t all ‘fit’ on a T-Shirt.

So if you’re interested in what an ‘artographic’ looks like have a look around the site, I’ve included some examples. I’m currently building the website and adding to it as I design more. The first one I built is about Harry Houdini and you can see it on this page > http://www.artographico.com/harry-houdini-his-life-and-times/