Vintage Ads are some of my favorite graphics, they look fantastic. I love the design and style they use. Ok some of them may seem completely crazy when looked at from a modern viewpoint, but that’s all part of their appeal isn’t it.

Now they can border on being downright offensive and not very ‘politically correct’, but hey they were different times. And many of them do seem to have totally ignored the ‘does my bum look big in this?’ aspect completely lol. Fashion eh ;).

Here’s a typical example to get the idea. It was an Ad for a product called ‘Adams’ Patent Coal Sifter’. Now what was that for? It was a ‘super-powered ‘Coal Sifter’ if you must know. As the Ad says itself:

‘This Patent Sifter overcomes all objections, and effects  A SAVING OF AT LEAST ONE-FIFTH’ 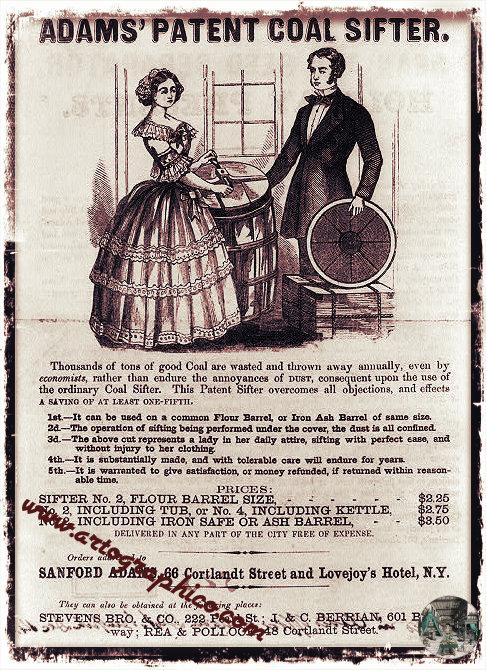 So now you know how to answer when someones asks you ‘what was the ‘Adams’ Patent Coal Sifter’ used for?’. Hey it might come in useful during a chat about ‘Fossil Fuels’, and how they are destroying our environment. So it might actually turn out to be some useful ‘useless information’, and potentially help in a saving the planet discussion. Well done you!

This is a crazy Ad from around 1857. It was for a product called ‘Kemp’s Vegetable Pastilles‘, and it was used for ‘expelling worms from the system’. Woah that is mind-numbing. And look at the poor little baby with his outstretched arm and smiling face. That is so creepy looking its hard to take in. Deserves a mighty WTF? 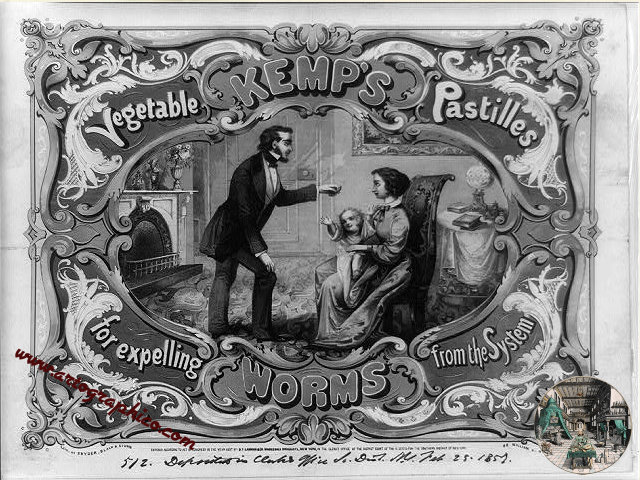 This is a strange one. Its got a real ‘Upstairs Downstairs’ vibe to it. Upstairs everyone is stuffing their faces, while downstairs in the ‘scullery’, the hard work goes on. Of course, this Advertisement was made during a time when ‘Slavery’ was considered the ‘norm’.  Its got a pretty strong title with the words ‘Life Preserver’ thrown in there for good measure too. Talk about ‘hard-sell’. 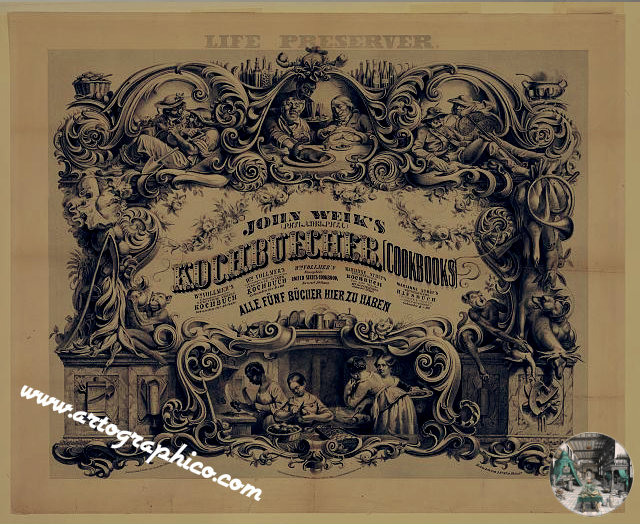 At last we get back to a bit of normality, no worms or ‘slavish Scullerys’ to contend with. This Vintage Ad is for ‘Thaddeus Davids and Cos. writing inks’, which sounds quite normal compared to earlier entries. Its a nice colorful design this one, circa 1857. 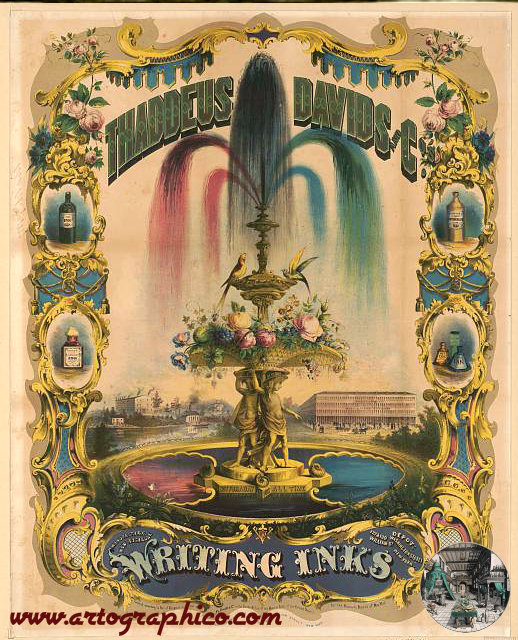 Wow I’m actually watching a series from the BBC at the moment about ‘Appletons’ Railway’. Its presented by ‘Michael Portillo’, he covers some really interesting places on his travels. Its great to see this vintage Ad for it too, cool find. 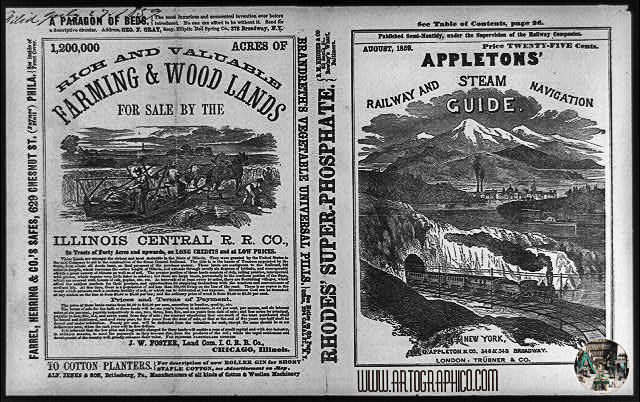 A short Youtube video of this Vintage Ads selection.

Old Advertisements – I put this Infographic/Artographic together from a few Ads I researched and found from the years 1870-1890. They cover a range of topics from ‘Edison’s Vitascope’ to ‘Century Magazine’. Love the ‘Scientific Kite Experiment‘ one. If something like that ever catches on, it could put Richard Branson and Virgin Airlines out of business … really ;).

I love some of those vintage ads shown, great little designs. Edison’s ‘Vitascope’ was a new one on me, and I’m familiar enough with his work, but that’s the first time I’ve come across that one.

Strange that, the ‘Sunset in Yellowstone Park’ one showing the guy with a Bicycle and a Rifle,  weird.

I really enjoyed putting that one together, I’m sure I’ll be doing lots more. That era’s design,  artwork style, and the Ad’s subject matter fascinate me.