The Houdini Infographic / Artographic tells you his life story from beginning to end.

Click below (link or thumbnail image) to visit and view the full-size Houdini Artographic / Infographic and his full life details at: 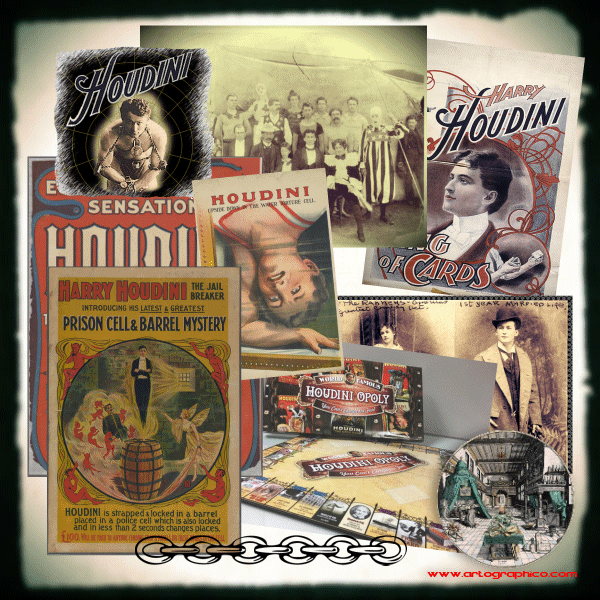 Houdini is the most famous Escape Artist the world has ever known. He was, and still is, a legend in his field.

If you ask any modern day escapologist, magician, or entertainer in the world of Magic, the name ‘Houdini’ will invariably come up. He’s inescapable! (pardon the pun).

He dates right back to the 19th century, as he was born March 24, 1874. So he has a lot of history behind him, and today his name lives on as the greatest escapologist the world has ever known.

Houdini fought hard to achieve what he desired, and he is such an inspiration to many. From humble beginnings to world-wide acclaim and modern day legendary status he totally deserves this recognition.  Click here to check out Harry Houdini’s Infographic, and read about his life story and work its fascinating.